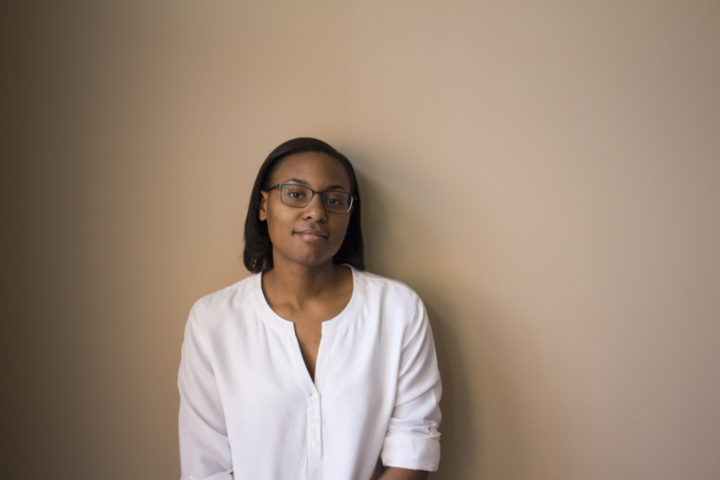 Shayla McDaniel creates a seamless blend of jazz and alternative pop. The singer-songwriter began to pursue music in her hometown of Knoxville, Tennessee.

Having dabbled in music for several years, McDaniel began to take her music more seriously after a friend challenged her to step out of her comfort zone and onto a bigger stage. She rose to the challenge and released the singles “Coffee” and “I’ll Leave the Light On,” and performed in the Cre865 Showcase, the official Startup Day afterparty, and live on-air at WUTK 90.3 FM The Rock. McDaniel also caught the attention of the Knoxville Music Warehouse, who chose her song “I’ll Leave the Light On” as one of the top 16 songs from Knoxville Artists in 2016.

McDaniel’s newest release “26 Letters” continues with the jazz-flavored vocals and mellow acoustic guitar stylings of her 2016 releases, but she adds a few new flavors to the mix while wrestling with change, regret and the permanent effects of words and actions.

The track “Silence,” which houses the line containing the EP’s title, explores the polarizing tension of opposing words and wills as McDaniel sings with resolve, “All you’re going to hear from me is silence,” over a soundscape of an echoing, atmospheric electric guitar, subtle drum hits and a pensive bass line.

McDaniel’s latest release “26 Letters” is now available, and she will continue to play local and regional shows for growing audiences.