Drafted: Journey To Rhythm N’ Blooms brings Knoxville’s local bands and music fans together to select one homegrown artist to perform on the main stage at Rhythm N’ Blooms.

Showcases will take place on March 12, March 19, March 26, and April 2 at various Casual Pint locations. Public voting will decide who earns the coveted spot at the Rhythm N’ Blooms Music Festival in April.

We are thrilled to have the following bands participating: 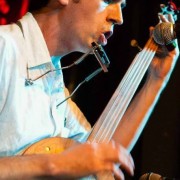 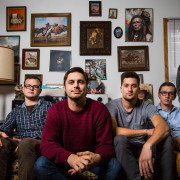 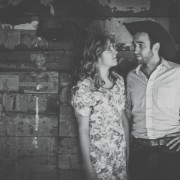 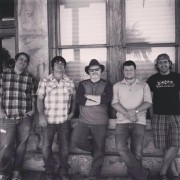 One band will perform six-song sets at each of our weekly events.

The events will also feature Rhythm N’ Blooms ticket giveaways, Samuel Adams Swag giveaways, and some of the greatest taps selection in Knoxville.

You will be able to vote for your favorite band once a day at rhythmnblooms.com/drafted starting March 11 and closing April 3.

The top contender will be selected based on a combined score from online voting and an industry panel comprised of local music journalists, bloggers, and radio hosts. The judges will award a score based on the following factors:

The votes have been tallied, Judges points were counted, and we finally have our first ever Drafted: Journey to Rhythm N’ Blooms winner!

Congratulations to Guy Marshall​! They will be kicking off Cripple Creek Stage at 5:30 pm this coming Friday at Rhythm N’ Blooms.

It was such a close competition and we want to thank all the bands and fans that came out and made this possible.

We will also be featuring a set from our runner-up, Joey English at Lox Salon on Saturday April 11th at 4:30 pm.