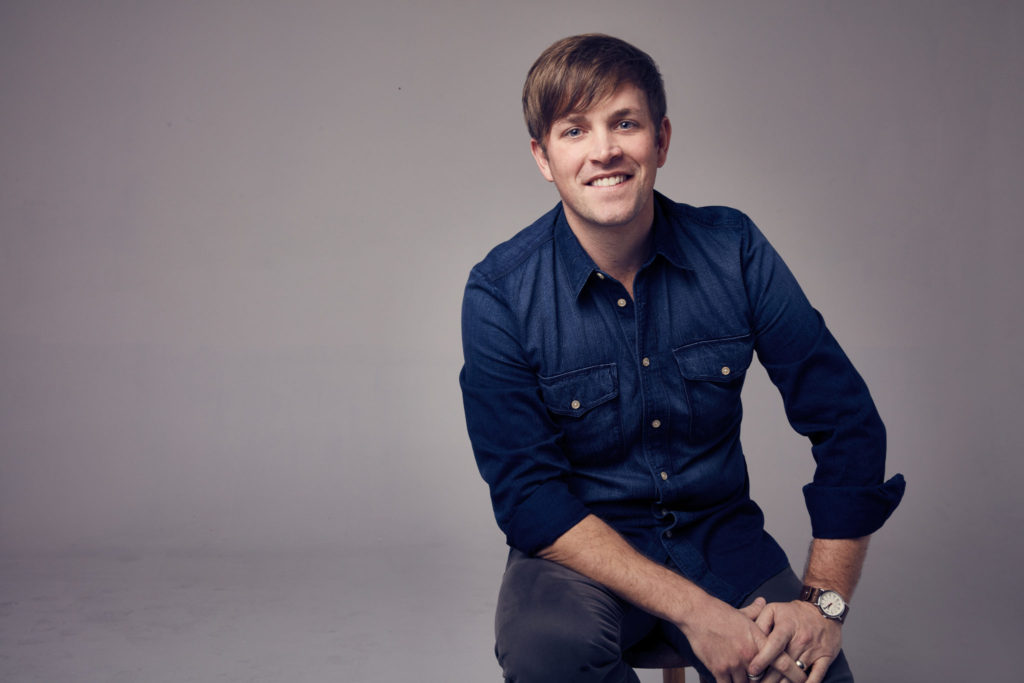 We all have music that transports us back in time. The song your family sings every holiday. The track that makes you reminisce about a first love. The music that instantly reminds you of where you came from but also of how far you’ve come.  For Dave Barnes, that music is from the 1970s Los Angeles scene where the Eagles, Fleetwood Mac and Jackson Browne left the greatest mark. It is these early influences’ sounds that encapsulate the direction of Barnes’ latest release, Carry On, San Vicente. “This is one of the most true versions of myself that I’ve probably ever made.” says Barnes.  Barnes is a respected Nashville songwriter who received Grammy and CMA nominations for Blake Shelton’s recording of his song “God Gave Me You,” and has also penned songs for Tim McGraw, Marc Broussard, Billy Currington, Hunter Hayes, Matt Wertz, Ben Rector and many others. He has toured extensively over the past 14 years as an artist showcasing his catalog of nine full-length albums, including his latest nine-track release Carry On, San Vicente as well as opening for artists including Bonnie Raitt, Taylor Swift, John Mayer, Lady Antebellum, One Republic and more.  Dave approached the creation of Carry On, San Vicente differently than past releases, wanting to craft a specific sound and an easy listening experience where fans could keep the album on repeat all day long as they go about their lives.  “I sat over a couple of weeks thinking about what the next move was in my career. I figured what would be fun to do now in this stage, where I have enough of a bedrock of music that people know what I do and who I’m about, would be to venture out a bit. Or in this case, return to the roots of what inspired me in the first place,” he says. After watching the Eagles documentary History of the Eagles, he thought it’d be fun to create a piece of work that embodied the 1970s Los Angeles music scene and started writing songs that he planned to release in the form of an EP. Pretty soon he had more songs than an EP typically offers. “I had a couple of prerequisites – I really wanted it to feel desert-y and sparse and evoke that kind of imagery. I also wanted it to be something you could sing to pretty easily –on the first listen, the second and third chorus you can sing along. That was the biggest deal. The singability factor was key,” he explains. “When you hear those Eagles songs, Jackson Browne songs, Fleetwood Mac, so much of that stuff is so memorable melodically. They’re really difficult to write but they’re so easy to sing and participate in and that was important to me to try and pull that off.”

Songs like album opener “She’s the One I Love” embody the catchiness and musicality of the aforementioned era of music with its layered guitar parts and vocal harmonies. Meanwhile, the soaring “Sunset Santa Fe” with wavering pedal steel accompaniment and slowed guitar parts paints a vivid landscape for the listener. A thank you letter to his wife for allowing him to create a space to live out his dream, it’s a song he calls one of the most honest tracks on the record. “I do feel like every time I listen to ‘Sunset Santa Fe’ it becomes more potent,” he admits. Highlights on Carry On, San Vicente include the country leaning “Glow Like the Moon,” complete with banjo accompaniment. Barnes says it’s the closest he’s ever come to making a country record. Meanwhile, piano ballad “Wildflower” has him channeling Billy Joel once again as well as Elton John with piano as the focal point of the song alongside memorable lyrics and electric guitar riffs. “It was more of an indulgence,” he says of the guitar interlude. “It’s a fun musical moment on the record. ”Title track, “Carry On, San Vicente,” is a song of encouragement that sounds like it would fit perfectly in an Eagles’ set list. It’s a song that Barnes’ hopes uplifts the listener. “Memories don’t make us who we are/ There’s a silver lining in every scar/ Everything’s forgiven/ Forgettin’s up to you/ Carry on, San Vicente,” he sings.  A constant creator, Barnes says he is always trying to expand how people view what he does. “I think it’s cool for people to go, ‘I really didn’t know that he could do this.’ As people give you the grace to push the edges of what you do, you create more space to continue to do that.”  Barnes concludes that Carry On, San Vicente is a return to the beginning, confessing that the music shared in the nine songs is as honest as he has ever been in showcasing himself.  “It’s so much of what I grew up listening to. This is the kind of music that if I have to listen to something all day without hitting pause or forward, this is the music – it’s so innate to me,” he concedes. “It’s so much of my soundtrack growing up, this world, this genre of music. ”Carry On, San Vicente is a departure from the sound that fans have become used to from his past eight albums but it is an album Barnes stands behind and he is sure his fans will embrace and enjoy. So whether you grew up a fan of the 1970s Los Angeles music scene like Barnes, or have your own personal soundtrack that transports you back in time, Dave Barnes’ Carry On, San Vicente will fit perfectly in any music collection.