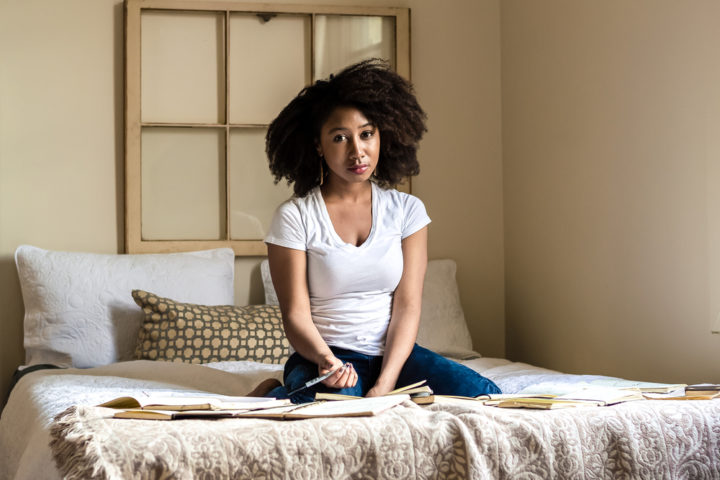 She’s a wandering poet, and a truth-telling, story-seeking singer-songwriter. She is often found toeing the lines between introversion, extroversion, and shamelessness. She is deeply devoted to exposing beauty in all of its messy and inarticulate forms.

In late Summer of 2015 she began recording her first solo EP, The Bloom Project, that was released in the Spring of 2016. She finished her first five-city tour at the end of Summer of 2016 and intends to tour again in 2017. Her style is a subtly soulful approach to Americana and Folk. Her influences include Regina Spektor, The Weepies, Corinne Bailey Rae, and Billie Holiday. Her music can be found on iTunes, Spotify, Soundcloud, and Google Play.

As a poet, she performed with 5th Woman, a team of poets who write, teach and speak on the souls of women and their diverse expressions in culture (Spring, 2016). She is now working alongside 5th Woman as a writer, contributor, and sometimes mentor to younger poets in the Greater Knoxville area. Her poetry influences include Nayyirah Waheed, Warsan Shire, Donte Collins, and Sarah Kay.