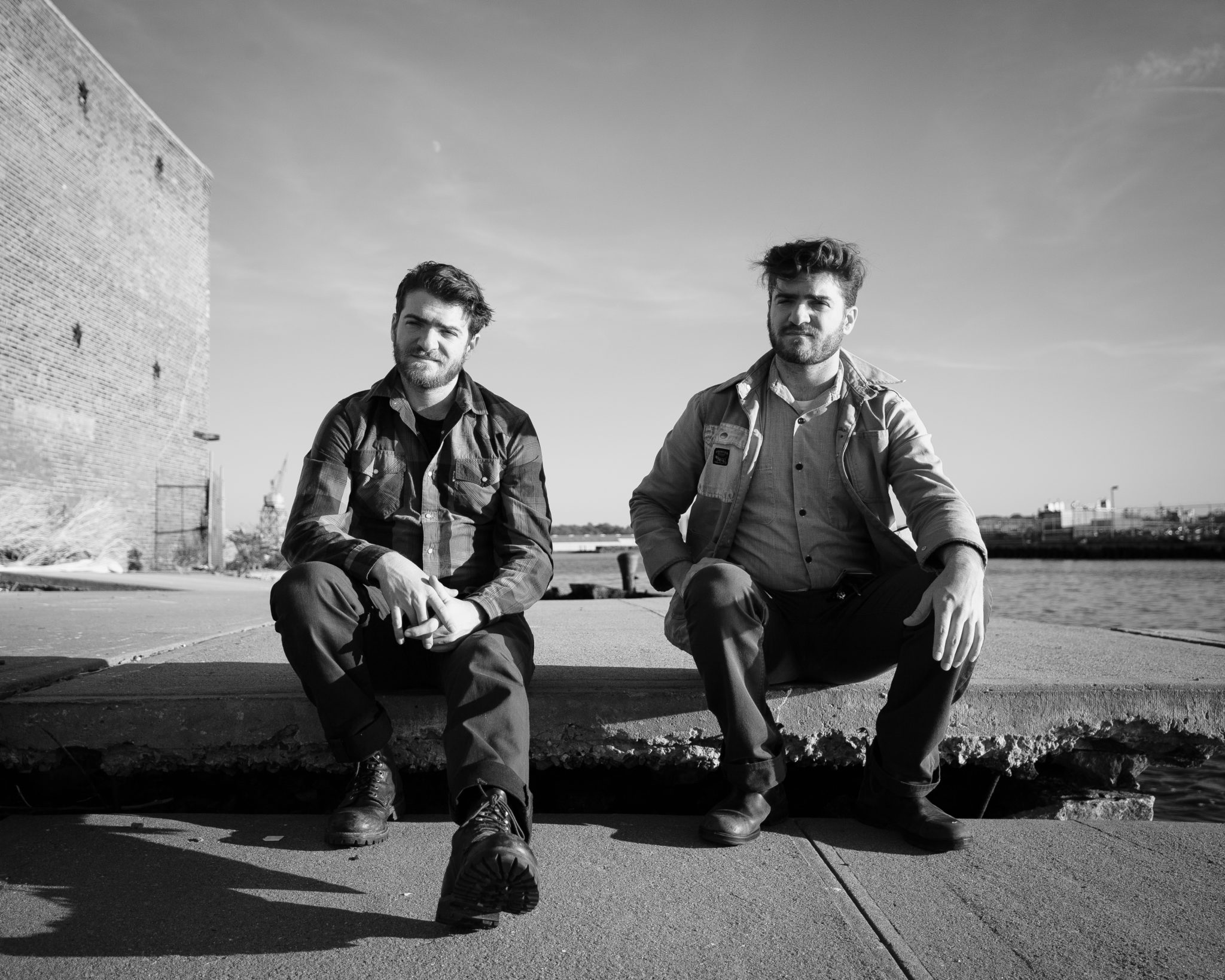 “The Brother Brothers’ 2017 EP Tugboats might be one of the best releases of the year.” -Saving Country Music

Identical twins Adam and David Moss are a musical duo unlike most others. Often leaning towards the darker elements of Appalachian, klezmer, and bluegrass traditions, The Brother Brothers sound is striking and captivating. Their music is laden with close sibling harmonies, compelling songwriting, and imaginative arrangements, featuring David on cello and guitar and Adam on the 5-string fiddle. Both with individual storied careers in the americana music scene, the Moss brothers have finally teamed up to bring their experiences together.

Since forming in 2016, they have toured extensively with Sarah Jarosz and Lake Street Dive, as well as supported Big Thief, Eileen Ivers, The Felice Brothers and more. They have taped sessions for Daytrotter, Audiotree, and Music City Roots, and have performed at The Kennedy Center, Folk Alliance, and a fast-growing list of national and international festivals.

“The Brother Brothers is the closest thing you can find to Simon & Garfunkel in this century, yet with a primitive country sound. Incredible singing, some of the sweetest fiddle playing and cello accompaniment I’ve heard, and songs that are amazing in both their simplicity, and their ability to put rhyme and reason to complex human emotions.” -Saving Country Music

“The Brother Brothers have been in this together for life, and their familial connection comes through in the music, harkening back to some of the greatest family harmonies ever made. They approach their poignant and often charming songs with an almost startling sense of ease, and the tight harmonies are enough to send shivers down anyone’s spine. Their ability to pull the listener into their quietly energetic musical journey is a joy to behold. I can’t wait to be out on the road with Adam & David and hear their heart wrenching songs and spot on harmonies night after night!” -Sarah Jarosz

“They’re the real deal. They know old-time two part harmony from the inside, and that fraternal resonance is there to be clearly heard.” -Mark Simos (Allison Krauss, Del McCoury)