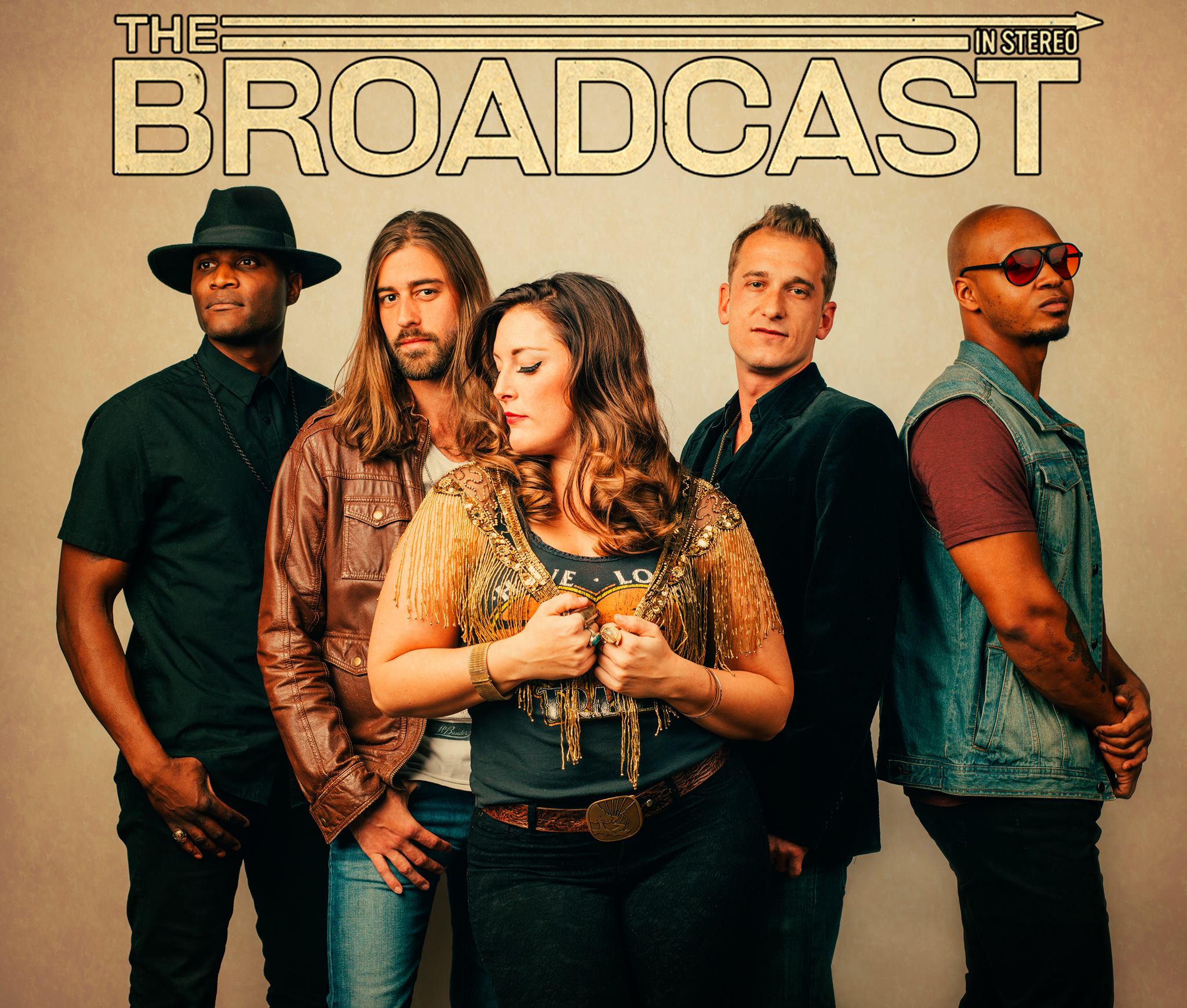 Three decades from now, a documentary filmmaker in search of his next rockumentary will come across The Broadcast and realize he’s hit gold. The story of the rock and soul outfit not only comes with its own high-octane soundtrack, it hits on all the key points: Challenges are overcome, miles are logged, performances are slain and an oft-jaded music industry is enticed. There’s dancing. There’s a love story.

Over 50 years ago, Bob Dylan traveled—as many would after him—from the American heartland to New York City, singing his way to the stage at The Bitter End in Greenwich Village. For Caitlin Krisko and her band The Broadcast, the story began at The Bitter End and wound up in the Blue Ridge Mountains. Like Dylan in reverse, lead singer Krisko grew restless in the city that never sleeps and dropped everything to move to Asheville, N.C., in 2010. It was there Krisko met guitarist Aaron Austin spending the next couple of years working as a songwriting duo releasing their debut LP, Dodge the Arrow, in 2013 (recorded at famed Echo Mountain Studios with LA producer, Eric “Mixerman” Sarafin). The record was an exploration of “bombastic, larger-than-life” sounds which went on to sell over 10,000 copies independently and ranked #4 on the college radio charts.

With maturity came the desire to explore something more grounded— something rooted in the Americana sounds of their new home in Appalachia. By 2014, shifts in personnel and objective led to some serious soul-searching. It was around that time that Krisko’s relationship with guitarist Aaron Austin evolved into a romance. Despite being from vastly different backgrounds — Austin grew up in the farmland near the Outer Banks — they began co-writing and found a natural partnership.

In 2015, The Broadcast got “the call” from producer Jim Scott (Tedeschi Trucks Band, Tom Petty), and the band began recording their sophomore effort, From the Horizon, which was released in June to rave reviews from Relix Magazine, Paste, and Live for Live Music. From The Horizon embodies a new sense of home, comfortably seating The Broadcast in the company of their Americana contemporaries. With a mix of soul, blues and classic rock arrangements, The Broadcast has shared stages with Mavis Staples, John Prine, St. Paul & The Broken Bones, The Wood Brothers, Brandi Carlisle, Keller Williams, Nicki Bluhm & The Gramblers, George Porter Jr. (Funky Meters), Betty LaVette, Charles Bradley and Holly Williams, among others.