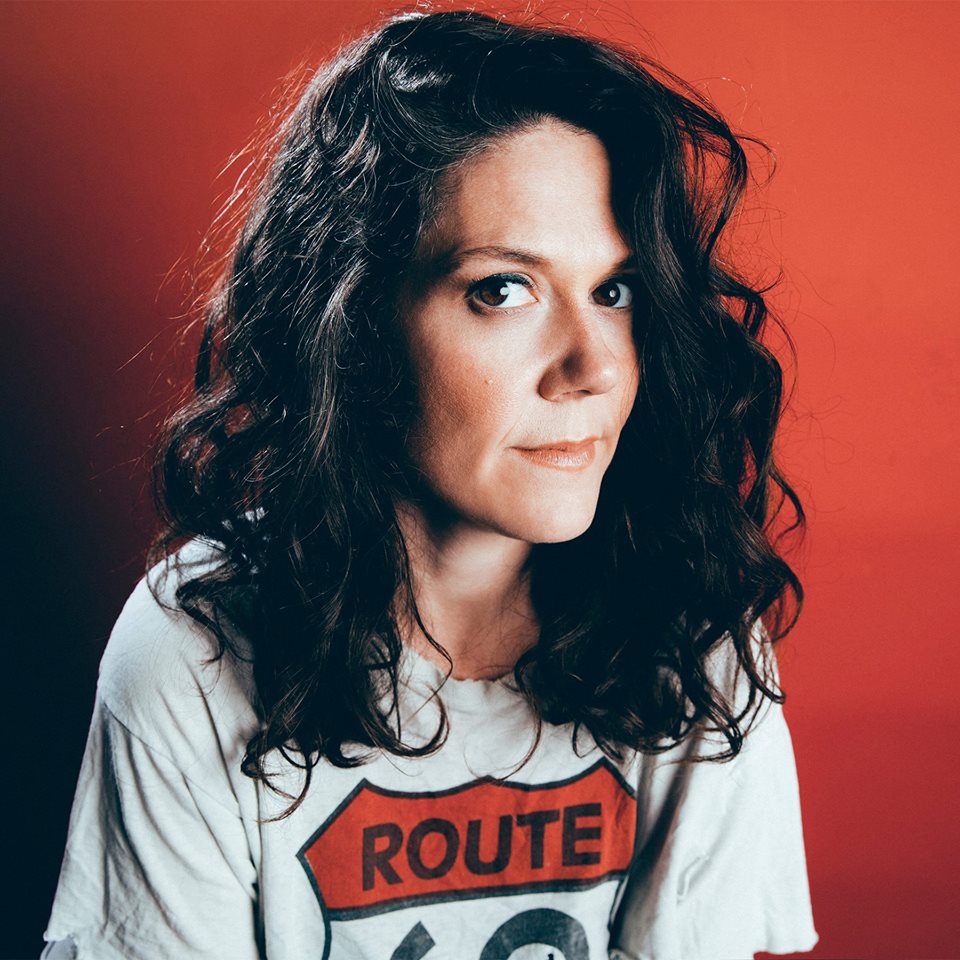 “Gonna hang on a little bit longer, sleep well, work a little harder; put my faith in something I can’t see,” sings Lilly Hiatt on the title track of her third LP, Trinity Lane. It’s a set of honest words from an album of personal truths; a collection of songs that take stock of where she’s been, where she’s going and the challenges she’s weathered to get there. Produced by Michael Trent of Shovels & Rope, Trinity Lane is indeed about hanging on, working hard and keeping the faith, centered on songwriting that melds the observational with the confessional and never tries to follow any particular genre code – the guitar riffs are as Seattle as they are southern, the topics are modern as they are built on the past. East Nashville’s Trinity Lane is where Hiatt lives, and Trinity Lane is a document of what lives inside her.

“There is a lot of hope in the album,” says Hiatt about the follow-up to her sophomore LP, Royal Blue. “There is a lot of pain, but this album is a more mature response to that pain. It’s taking responsibility for those emotions, and realizing what they are. A little brighter perspective. It took some time to get there.”

Hiatt went through many toils to finally reach Trinity Lane: she overcame heartbreak, she conquered alcohol abuse, she lived with the heaviness of knowing she had surpassed the age her mother was when she took her own life when Hiatt was just a baby. It was after a particular breakup when she moved to an apartment off Trinity Lane in East Nashville, off the beaten path from the town’s growing tourist draws – there, she started writing by herself, fresh off the road supporting John Moreland, mixing a sense of creative isolation with a newfound feeling of belonging in the idiosyncratic neighborhood.

“It’s an A-frame with brown carpet,” she says, describing that home off Trinity Lane. “It’s really cheap to live in, and there are all kinds of people in my neighborhood. None of us seem to have a ton of money. My house is right by the woods, and I can stare out to the trees, which I love because I grew up on a farm. I just love me some trees.”

It was there, amongst those trees, where the songs started to work as both diary entries, expositions and therapist sessions in one, helping her to explore and decode what exactly was going on inside her own mind. Once completed, she took them to Trent’s Studio Bees in Johns Island, SC, where he produced (his Shovels & Rope partner, Cary Ann Hearst, appears on a song) and Andy Dixon engineered, in a way that really hit at Hiatt’s playful, rock-focused core. She brought her band along to South Carolina, where they not only preserved Hiatt’s Americana roots but let her gritty influences shine – like an array of nineties grunge and post-punk bands like Dinosaur Jr., the Breeders and the Pixies. Somehow she’s created a sound that exists within both those roots and rocking realms, firing along with ample sass and unbridled attitude.

“I like to rock out,” says Hiatt. “Trent really brought that alive. I wasn’t playing by the rules because I didn’t and don’t believe in them. “And what I really miss is the way we celebrated angry women in the nineties very openly and allowed them to express that side of themselves through their music. I think women should be allowed to be angry”

Trinity Lane isn’t all an expression of anger, but it is an emotional, honest confrontation of Hiatt’s feelings and her past, like how she’s processed her mother’s suicide over the years. Hiatt lost her mom when she was just one year old and was raised by her father, John Hiatt, and his wife Nancy, struggling her whole childhood and adult life thus far with how to process that resentment and grief. And it’s a chronicle of overcoming heartbreak and addiction: “Different, I Guess” is a slow folk ode to losing love, and “Imposter” is about the difficulties her father faced raising his daughter, and the sparks of her mother that still shine through.

“I’ve been thinking a lot about my dad and the strength it took him to keep me going and to bring me to Nashville,” she says about “Imposter.” “Just to keep us together and keep us going, that’s always meant a lot to me. For a long time I felt pretty angry with my mother. But through maturation, I feel like I understand her more these days.”

“She’s never coming back, I think we both know that,” sings Hiatt before cooing with her steady twang, “I count on you.” It’s an incredibly vulnerable and intimate family diary, but never at the expense of a rich and stirring melody perfectly in tune with the modern pulse of Americana. It’s an offering of sonic salvation that Hiatt hopes will do as much for the listener as it has done for her own personal healing.

“It’s really cool to be honest with yourself,” she says. “When I have a clear head and a peaceful mind, that process of looking back at things is so much easier. It’s a very empowering feeling. It has literally saved my soul, songwriting. I would not be here without that and without that outlet of writing.”

The songs on Trinity Lane have even helped Hiatt process things like the death of David Bowie, which functions as a metaphor for a lost lover. On the heavily nineties-tinged “The Night David Bowie Died,” she bids farewell to a relationship and to a musical genius while also evoking Veruca Salt-style vocals and guitars. It was a track written entirely in one stream-of-consciousness, where Hiatt didn’t edit or write anything down – she just sang and played. “That was David Bowie’s little gift to me,” she says with a laugh.

Trinity Lane is full of gifts and full of guts – an album that is a healing process and a road map forward, filled with Hiatt’s wildly expressive approach to songwriting and stark, honest lyrics. To get there, she finally had to put her faith into something she couldn’t see. But to hear that journey, all you have to do is listen.