DK The Drummer (of MUTEMATH) 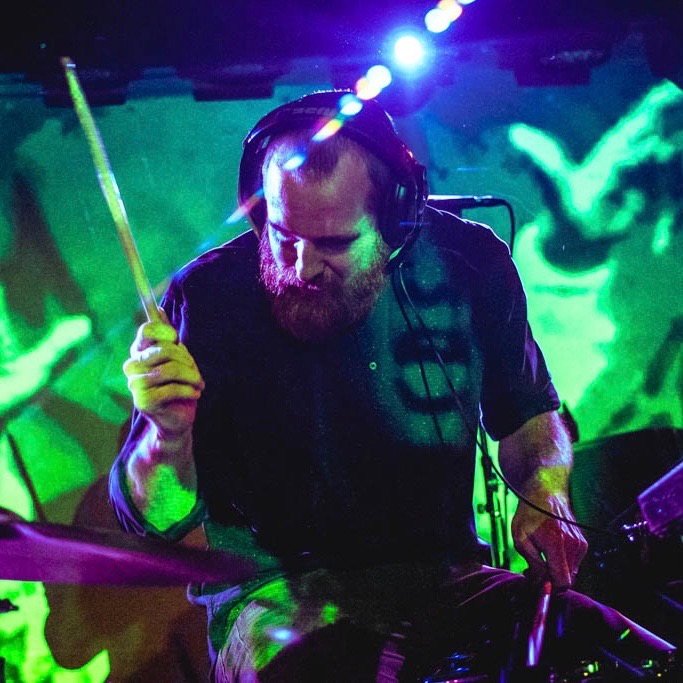 Darren was born and raised in Marshfield, Missouri. He was never going to become Michael Jordan so he used his basketballs and the box spring of his bed as his first makeshift drum set until his Mom and Dad could buy him a proper drum kit (best birthday present ever).

The day after he graduated high school he moved to New Orleans for a few months and then wound up in Nashville where he started making his own songs using a sampler, a four track cassette recorder, and whatever records and cds he found at the Nashville downtown library (you could check out 25 items at a time!)

He went on to found the band Mutemath with whom he wrote and produced 5 records, directed many music videos, and played a whole lot of shows around the globe.

Darren has also co-produced and performed on songs for Kanye’s “Life of Pablo” (most notably playing piano on the song “Real Friends”) and Travis Scott.

Darren is also half of the band Sucré.

Performing as Dk the Drummer, Darren has created a new kind of DJ meet live band experience that he likes to call his “Drum Jockey” set. Incorporating his personal favorites from his record collection along with original music, Darren and a host of guest musicians promise to leave it all on the stage.