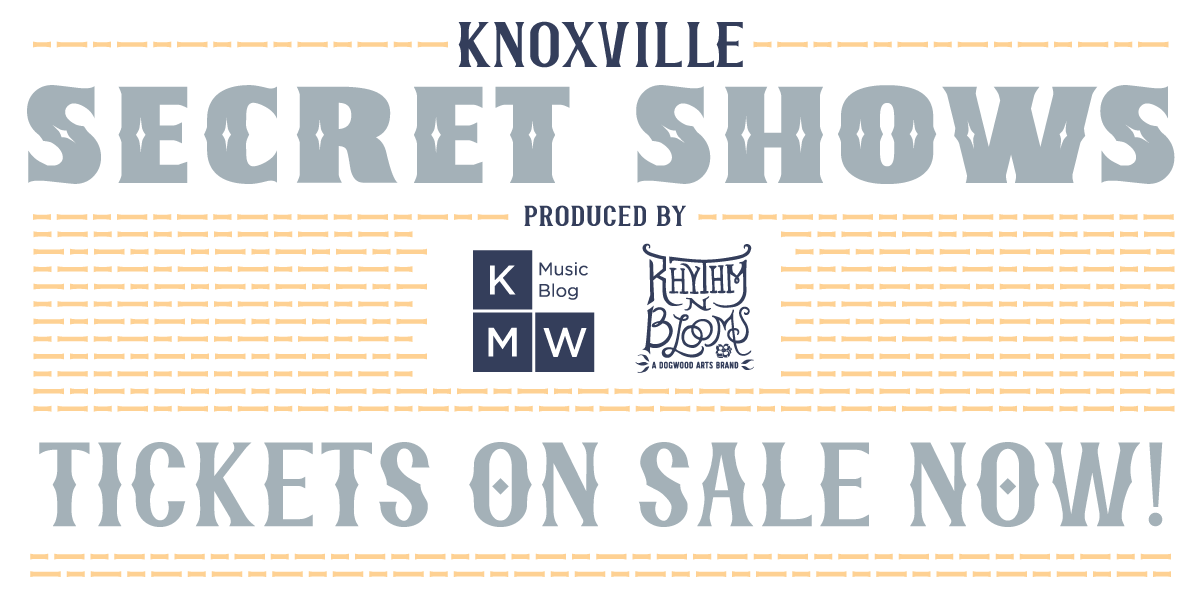 A word from Knoxville Music Warehouse…
We are so incredibly excited to announce our partnership with Rhythm N’ Blooms!
Dogwood Arts and in particular Rhythm N’ Blooms shares our vision of bringing quality music to Knoxville while supporting the local scene, and we are immensely excited to see what we can accomplish together. We’re announcing four wonderful acts today, all of which have played Rhythm N’ Blooms Music Festival in the past. That wasn’t something we set out to do, but it wasn’t necessarily a coincidence either. Rhythm N’ Blooms brings some of the best musical talent around every April. Now we get to do it together year round as part of the Knoxville Secret Show series!

A favorite at Rhythm N’ Blooms 2016, Christian Lopez Band has earned every bit of buzz they’ve accrued by putting on a wonderfully energetic live performance. They’re latest record Onward was produced by Grammy-winner Dave Cobb who has worked with Jason Isbell, Sturgill Simpson, and Chris Stapleton.

Nobody puts on a live show quite like Caleb Hawley. The man is a pure entertainer. Whether he’s busting out a shredding guitar solo, hopping off the stage to dance with the audience, or showing off his amazing voice, his live performance is something you have to see to believe.

David Ramirez has been at the top of our wish list ever since we started doing these Secret Shows. His voice will melt hearts, and simply put, he is one of the best songwriters out there today. This is an absolute can’t-miss.

The Daily Beast called Daniel Ellsworth & The Great Lakes “Nashville’s best damned rock band,” and we tend to agree. Their catchy melodies and toe-tapping rhythm will have everybody feeling good.

Sign up for Knoxville Music Warehouse or Rhythm N’ Blooms emails to get in on the Secrets!